Help Spea Count a Unique Bird in the Azores. 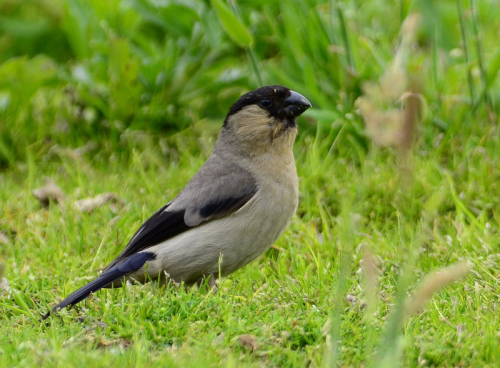 SPEA, the Portuguese society for the Study of Birds, is a nonprofit scientific association that promotes the study and conservation of birds in Portugal. It was founded on November 25 of 1993 and corresponds to a desire expressed by a large number of professionals and amateurs that developed activities in the field of ornithology and conservation of Nature.
In the Azores and for more than 12 years, SPEA has been working to preserve and save the Azores Bullfinch orPriolo, as it is know in Portuguese, from extinction.

About the Bird Priolo

The Azores Bullfinch Pyrrhula murina is an endemic species from the island of São Miguel, specifically from the municipalities of Nordeste and Povoação (Lands of Priolo) and it is considered a priority species at regional, national, European and world levels. For this reason, the monitoring of its population is essential to ensure the good environmental status of the terrestrial ecosystems of this protected area. The population of the Azores bullfinch has been systematically monitored since the 90s of the last century, but in 2007 it was identified the need to establish a method for tracking the species that would allow a moreaccurate population estimation. Thus, the first Priolo Atlas was conducted in 2008 and has been repeated every four years since.

The IV Atlas of Priolo

The Atlas of Priolo is a volunteer action that consists of 307 counting points, conducted in just one morning by a group of between 50 and 60 participants, during the nesting season of the species. At each point all visual and auditory detections of Azores bullfinch are recorded for eight minutes. In order to ensure that participants perform this counting properly, a three-day prior theoretical-practical training action is carried out in which birdlife distance sampling techniques are explained and trained. For this reason, participants must stay in the territory for one week to prepare and carry out the action.

Inquire about prices and options via info@priolotravel.nl

Important: the language used during the whole program: English